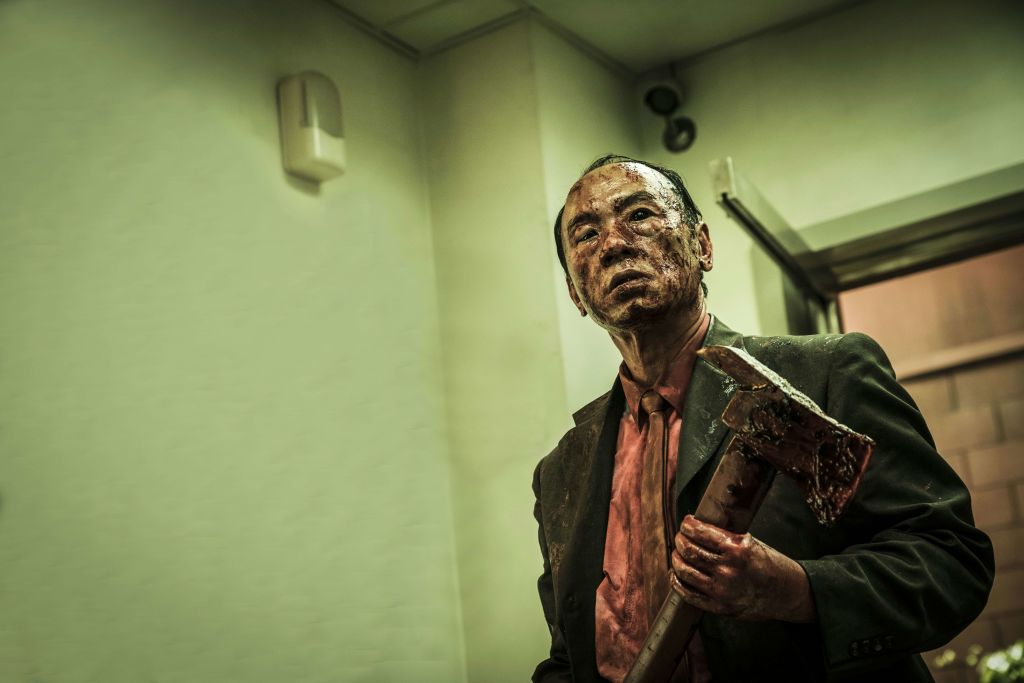 In an attempt to reunite in the chaos generated by the outbreak of the pandemic, a young couple is pushed to the edge of insanity. Violence and depravity explode in the streets, as the infected indulge in the most cruel and freighting acts imaginable. Killing, torture, rape and mutilation are just the beginning. It is the end of the era of civilization and order. Only "the Sadness' remains, the sadness.

Sadness , presented out of competition at the Locarno Film Festival, was certainly the surprise of the kermesse: a violent, exaggerated film, with that crazy and anarchic soul that midnight cult movies have, those that over the years, if not over the centuries, leave the sign in the cinephiles and in their pirate nights.

Sadness is a horror that looks at Romero and his The crazies, with us the city will be destroyed at dawn, a 1973 jewel that took our George A. off the rails of The Night of the Living Dead , taking it to the extreme in a realist key. idea of a social horror he does shortly thereafter would blossom and overflow in the majestic Zombie .

We are faced with an orgy of blood, of amputated limbs, of broken bones and bestial rapes, of flesh violated by wild embraces, penetrated empty sockets, anthropophagous meals with the noise of electric saws while the teeth tear the last delicious morsel of life. from the bones. Dawn of the dead version sars covid 19 with a virus, the Alvin , which transforms the most peaceful people, the fathers of families, the loving mothers, into human monsters that no longer have anything human. As zombies are beings driven by hunger, but not only, it is the lowest and animal instinct that moves them: eat, fuck and kill. Thus Dawn of the Living Dead merges with The crazieswith these infected who smile a lot and hurt people a lot, a lot. It is a parable of our society that calls for carefree after the various lockdowns, deprivations, green passes that remind us how close the Jews were only for a pizza denied indoors. We need tranquility and therefore away the sadness, the sadness of the title, because the virus makes us free, without chains, capable of doing anything, following every filthy instinct. "My mind is free", wrote Richard Matheson in one of his best short stories, "I am Helen Driscott". The mind is limitless, the impositions of society make us slaves, taboo, incest, murder, rape, follow the apocalypse of chaos that pulsates in our veins and dreamily watch the apocalypse. In the best way we areEdward Norton hugging Marla Singer in David Fincher's Fight club finale , at worst we find ourselves in a pool of shit, piss and blood while they're eating your balls.

Sadness , a Taiwanese horror filmed by Canadian director Rob Jabbaz , under his first direction, is something that really leaves its mark. Perhaps in recent years we have been accustomed (badly) to a sort of self-censorship in horror cinema, just think of all the low-dose sex and blood products that are baked in cinemas, children of TV, Netflix streaming , me too. which made all sexual predators possible. What Sadness tells is a current story, banal because seen a thousand times but at the same time effective for the lively staging, the fast pace and the narrative nastiness that move a parallel journey of reunion of two lovers , Kat and Jim, in a land of ferocious killers. Romeo and Juliet in a Thai Romerian sauce which inevitably leads to an ending that Romero and his gloomy pessimism have nothing to regret .

Special effects that, even in digital, try to recreate a vintage effect of make-up and prosthetics, but above all an atmosphere that is cut with a knife, like and more than the fog of Milan. Sadness is a journey to hell that does not leave us indifferent, it gives us scenes of welcome obscenities and others that are more difficult to digest like the cry of an infant in a garbage bag.

The actors are good, especially the duo of protagonists, Regina Lei and Berant Zhu , even if, to steal the show, we think Tzu-Chiang Wang , incredible in his metamorphosis from a peaceful old man in a suit to a relentless and erotomaniac monster.

Rob Jabbaz dirties the film with hectoliters of blood, with brain matter and offal, even managing to collimate the grimest horror with melò at the end. Sadness is probably not a perfect movie and it doesn't want to be but it promises what it gives: a show for bad boys, ignorant and big-grained, funny and over the top, full of loud and loud music. Midnight show, as mentioned, a new classic to be enjoyed with popcorn and frozen drink, a rare commodity in these dark times. We can only adore it.