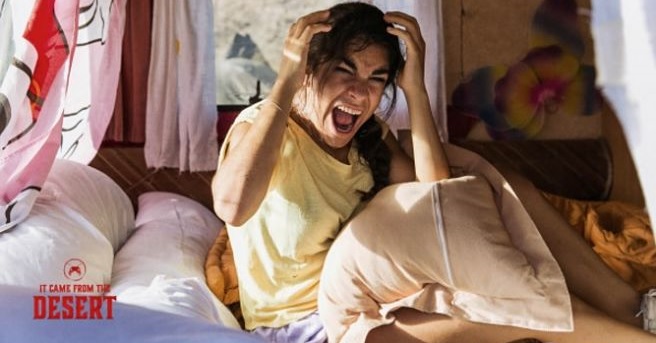 The giant ants of the 1989 video game IT CAME FROM THE DESERT are coming back, thanks to director Marko Mäkilaakso, who took the helm of a film that functions not as a direct adaptation of the game but as a sequel to the events of the game.

If you ever played IT CAME FROM THE DESERT, you may know that the player assumes the role of Greg Bradley, who comes to remote Lizard Breath, Nevada on June 1st, 1951. As a geologist, he wants to study a recent site of a meteor crash somewhere in the desert south-west of the small town. Early in the game, he learns that the radiation of the meteor has enlarged a local ant population to an enormous size. However, few take his observations seriously. Worried that the ants will soon mate and spread, he must work against a ticking clock and devise a plan to stop the ants from terrorising the world.

First announced in early 2015, Mäkilaakso's IT CAME FROM THE DESERT began filming in October of this year, and over the course of a month-long production schedule was shot on location in Almeria, Spain and Turku, Finland.

Release details are not yet available, but distribution deals have been secured in many territories around the globe.

I don't think I ever played IT CAME FROM THE DESERT myself, but the concept of giant ants going on a rampage is definitely appealing to me. This is a movie I will be checking out at the first opportunity.