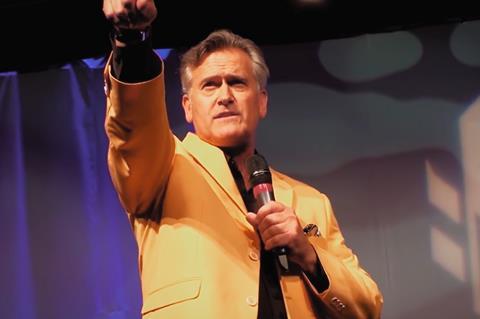 Villeneuve also talks to super fans, crew members and collectors who worked on and were inspired by the original film that spawned four films and a TV show.

“Throughout the adventure [of making Hail To The Deadites], I discover that Evil Dead fans are more than just fans, they are a family who help out each other even if they are miles away,” said Villeneuve. “I’m proud to be a part of this groovy family.”

Villeneuve worked with Raven Banner on his 2011 Fantasia documentary Under The Scares and from 2012-16 served as head of the horror section at the Montreal, Quebec City and Ottawa Comic-Con. He is co-organiser of the only Quebec horror convention, Requiem Fear Fest