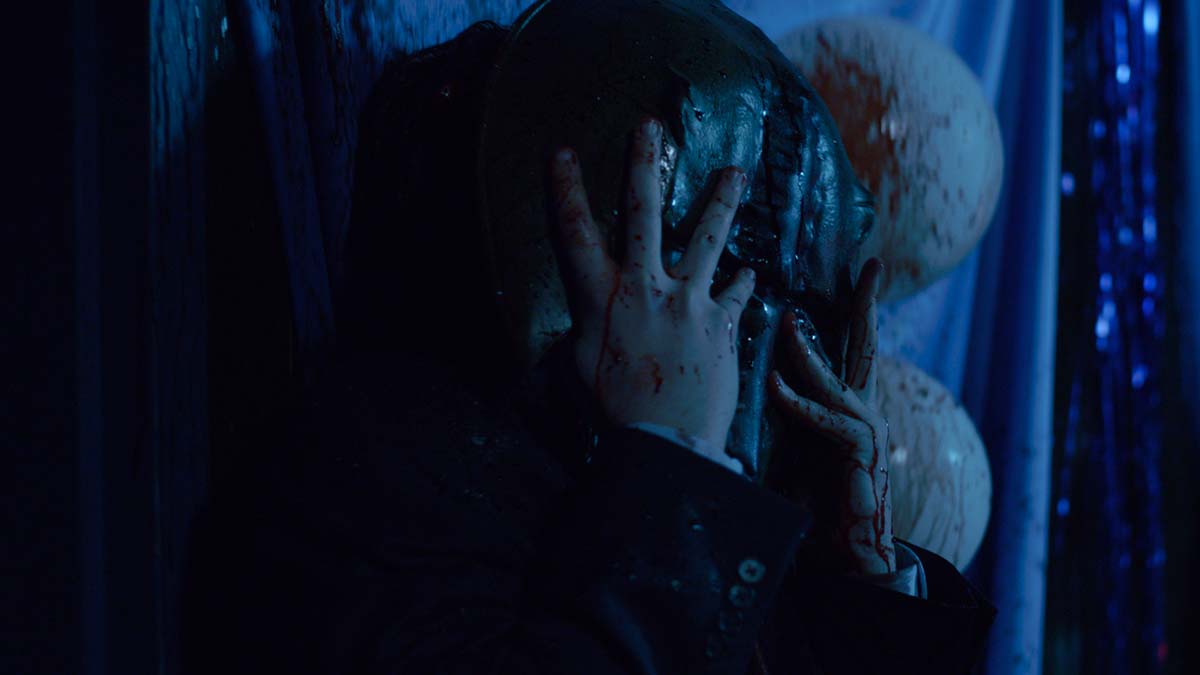 A young couple is having sex on a Californian beach when they encounter mutated and murderous horseshoe crabs. Soon after, the deadly crustaceans make their way out of the sea and onto land to torment the population of the the small town. It's up to police officer Hunter McCallister (Bryce Durfee) and his brother Phillip (Dylan Riley Snyder) to stop them before the massacre the population on Prom Night.

Sometimes a film comes along that just demands you to turn your brain off and enjoy the ride. 'Crabs!' is that film. When the film opened with a couple having sex on a beach, seemingly purple so the actress could appear nude to thrill audiences, I was ready to write 'Crabs!' off but that would have been a mistake. Is it high art? Absolutely not. Is it a fun popcorn creature feature with plenty of laughs? Absolutely.

The plot of 'Crabs!' is pretty much irrelevant but surprisingly there is more of a plot to enjoy than I expected. Philip is trying to win over his classmate and friend Maddy (Allie Jennings) in the run up to Prom, while his brother Hunter is secretly dating Maddy's mother Annalise (Jessica Morris), who is also a school teacher. Of course, their lives are interrupted by the arrival of the mutated crabs but the four come together to fight the creatures and try to save the lives of the people that live in their town.

Once the crabs descend on the town, the fun factor ramps up and the film gets sillier. There's plenty of gore and blood, some seriously bonkers sequences and a ton of fun to be had if you don't look for anything deep and meaningful.

Something that has to be noted is that the cast seriously commits to the material. It's hard to give a good performance in a film like this but somehow the cast manages. Bryce Durfee is the strongest actor and his performance is far better than the script calls for. He makes for a good leading man and he gets a chance to show off his comedic timing as well as convincing in the most dramatic scenes. It's in large part thanks to the cast, that I enjoyed this film as much as I did.

'Crabs!' is the epitome of a guilty pleasure. It won't win awards and it won't trouble anyone's best of list but it's an unapologetic homage to the days when horror relied on practical effects rather than CGI. There's an air of 'Critter's about this film and that made me feel much warmer towards it than I was expecting. Turn your brain off, get out the popcorn and just let yourself go, after the 18 months we've all had thanks to the pandemic, 'Crabs!' might just be the film you need in your life.