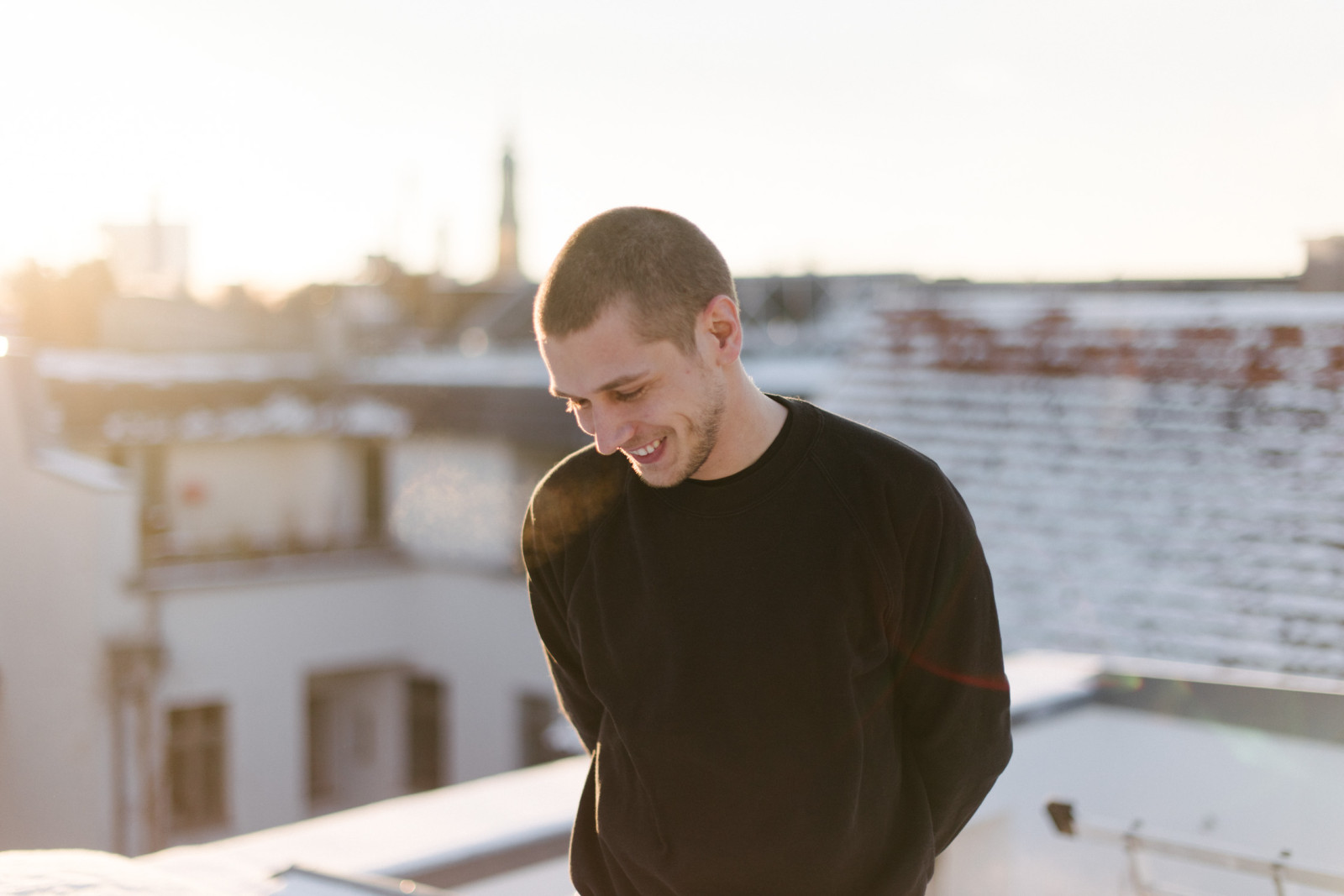 A strong visual bent melded with tense and atmospheric themes form the foundation of director Lukas and show the diversity of the projects that our FvF contributors are involved in.

Hailing from Vienna, Lukas moved to Berlin to pursue a passion for film that has led him to some unique and interesting artistic places. Each of his projects is imbued with a signature style that is slow yet enthralling, and laden with shadowy overtones. Currently wrapping up his first feature film, we spoke with him to find out more about his working life outside of FvF, and to learn where he draws inspiration for his style.

How long have you been contributing to FvF?

For a year and a half year now. I’ve been mainly doing the video editing and cutting, but I’ve started to shoot more video. I shot most of the Deutsche Bank and the departure series.

What does a typical workday look like for you?

I don’t really have a typical day. As a freelancer you have a lot of different things to do—editing, writing emails, being stuck to my workstation, it is different every day. A more typical day would be one spent on set, but I don’t shoot all the time. You get up in the morning, go to the studio, work your ass off for 11 hours. Then you go home, fall onto your bed—dead—and try to not worry about the next day.

When are you happiest working?

That’s a hard question. I like the writing process, especially the end when it really comes together, but it’s very different, and I wouldn’t even necessarily call it work. It’s a very private and creative process. On the other hand, I hate the time before a shoot. Those two months before the first shoot are the most stressful—you don’t know what could go wrong or not, or if everything is going to work out. I love shooting, but it is very stressful too. I don’t think I could do it for two or three months in a row, I would just collapse. But being on the set when everything is working and everybody is in a good mood and the team is nice, and we’re getting things done, then it’s great.

When did you come to Berlin?

I came to Berlin in 2007 to study at the Film Academy. In I studied photography, but then I wanted to do more story-based work, and so I became more interested in film. I finished my old studies with a short film and then applied to the Film Academy in Germany and got accepted. I’m still finishing at the Academy, I’ve been there for eight years! The thing is, you have to finish certain projects, I think the last time I was in a seminar was four years ago, but right now I’m working on my graduation project Hagazussa, which is my first feature film. It has been a long process already.

The trailer for Hagazussa is excellent. How would you describe your style?

Is this heavily atmospheric style something you have deliberately set out to develop?

It’s just how it comes, I think. With the creative you can just have talents for certain aspects. I think because I come from a more visual background I bring that aspect in. I work very, very closely with my cinematographer, which can also be a pain in the ass because I know exactly how I want things to look, and I work with a very detailed storyboard. I just feel like I can tell a better story through pictures and moods than through explaining it in dialogue.

Sometimes I work on things that are heavier on dialogue. I did one short film called Beton [Concrete] where I wanted to work very differently, and there was a lot of dialogue involved. It was with a very low budget and without a team. Normally when working cinematically we have cranes, and a big team. This time we only shot on VHS, kind of like a video diary. It was financed by the city of Vienna and it didn’t cost much, but it was an experiment.

What is the theme of Hagazussa, and where is it set?

The story is set in the Middle Ages in the and is based on mystical, old beliefs in witches and pagan entities. It’s more like a than a horror film. We shot last winter in the mountains and the woods of the Alps. It was more or less a week in snow, it was crazy. Then last summer we had two weeks of shooting in a studio in Berlin, where we built a whole mountain hut in the studio with all the insides. Then we needed another half a year to raise some more money. We’re going to shoot again in the spring and then finish it by the end of the year.

Has making a feature film always been an ambition of yours, or did it develop over time?

As soon as I decided I wanted to become a director and started film school this was the aim—to finish film school with a feature film. You don’t necessarily have to finish with a feature, and it is really a drag to finance, especially with what we are doing. Hagazussa is in between art house cinema and horror as a genre, and finding money for either is really hard, especially in Germany or Europe. It is too crazy for art house funding, and too artsy for the horror genre and a commercial approach, so we didn’t have an easy time.

Outside of the feature film, what other kinds of work do you do?

I have a company called Retina Fabrik which is more focused on doing film projects with some music videos on the side. For example, I worked with Robert Koch on a collaboration where we simultaneously produced the music and visuals for an idea that we had. The aim was to release an LP which goes together with a short film. He produced five and gave me some unfinished versions. I then wrote a story that I had in mind and gave it back to him. I also shot some things and sent them back and then he changed the music according to what I had shot. We wanted to put the five songs into one short, so that was a really interesting project and process. Now, when you buy the LP you get a download code for the movie.

Where do you draw inspiration from for your work?

Music is a big influence, and I think a lot comes from music. It’s very important to me who does the soundtrack for my films. For my last short I worked with British musician Roly Porter, his music is very industrial with big, atmospheric soundscapes. I listened a lot to this kind of music when I was writing. In the writing I need a lot of musical input. Now I’m working with a duo from Greece called Mohammad. They make ‘chamber doom’, which is very dark, slow, droney cello music. I think that fits very well the whole horror aspect and with eerie pictures. When it comes to the stories, it’s harder to say.

How would you try to explain the difference in influence?

Writing stories comes more from necessity—you have something in your head and you just need to write it down. The whole Hagazussa witch concept was put together through old nightmares. When I spent my childhood in the woods in Austria I was always very scared of these old stories of witches. The mountains have a very dark touch to them, I was always fascinated and scared by them. I’m working on these old fears and getting inspired by them.

And finally, do you think you’re going to keep calling Berlin you’re home?

I like Berlin and I want to stay as long as it’s possible—financially and so on. The city is changing so much. I’ve known Berlin since I was 13-years-old because my brother lived here for a while. From when I visited here as a teenager I was always very drawn to it, and I always wanted to live here. I like Vienna too but I don’t think I could go back anytime soon. If you grow up there you know and not much changes in Vienna. It’s very slow-paced. Maybe I’ll move somewhere else though.

Lukas, thanks for sharing your time and ideas with us, and for your great contributions to FvF.

Find out more about Lukas and Retina Fabrik, or get involved with Hagazussa. FvF Contributors are constantly creating new and inspiring content—see what Lukas has done for us.