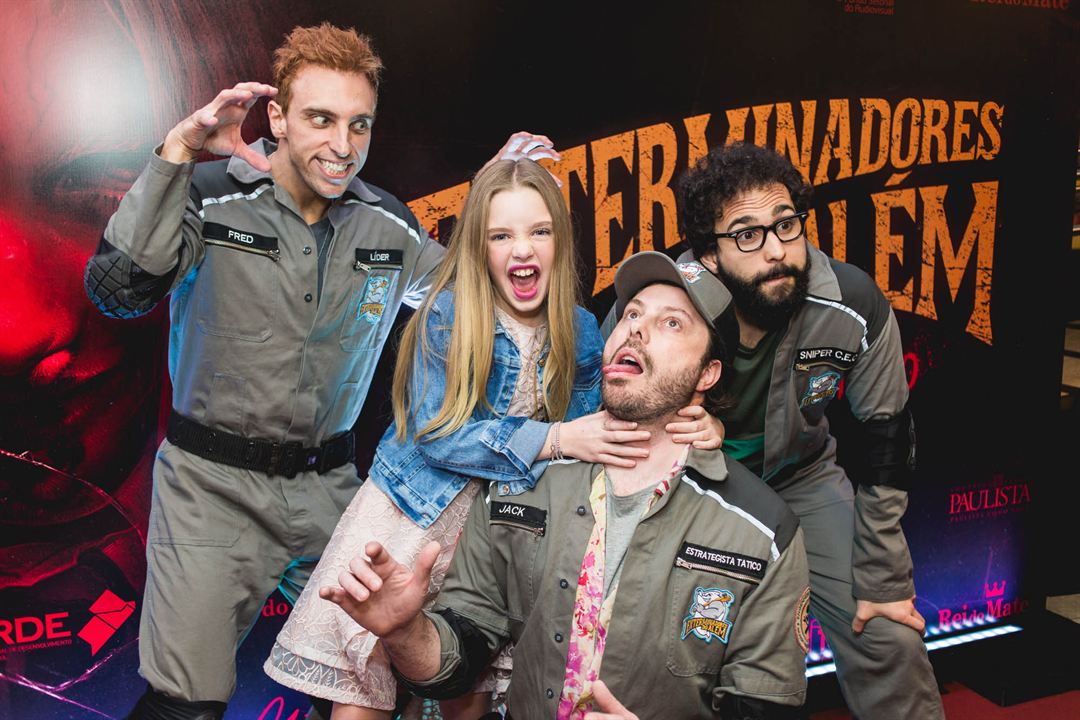 Besides the Blonde of the Bathroom exterminators - A trash film that is better than a lot of gringa production.

For those who had hoped for a good horror movie in 2018, we had a huge surprise with the   Terminator of the Beyond the Blonde of the Bathroom,   which complements Danilo Gentili's career. The film was directed by Fabrício Bittar ("How to Become the Worst Student in the School") now with a horror comedy that even with a low budget, managed to give us a trash movie that is better than a lot of production.

The movie hit theaters 1 year after its long, 'How to become the worst student in school '. The new film plunges into numerous possibilities to provoke the public with some absurdities and even bring a certain nostalgia.

With jokes of black humor, which should already embitter the experience of a part of the public, the film remains focused on its premise: a ghost-hunting movie that must exterminate the famous and legendary Blonde of the Bathroom, or The Cotton Girl, as it is known in other states of Brazil.

The team of hunters is composed of Jackson ( Danilo Gentili ), Carolina ( Dani Calabresa ), Fred ( Léo Lins ) and Túlio ( Murilo Couto ), who take advantage of superstitious clients and forge such haunts for their Youtube channel, the audience is not one of the best.

But one day they are called to the Isaac Newton school to investigate mysterious incidents that have left the students and their parents desperate, think they are facing a golden opportunity to bring popularity to the channel and get a pilot on TV.

The Legend of the Blonde of the Bathroom marked the childhood of many of us, who were afraid to go to the school bathroom alone or to the brave who came to challenge such a legend. But over the course of the night, what they believed to be just another daily "work" proves more real than expected.

Thus, embracing the trash, or terror, the long one brings countless macabre situations, one more absurd than the other. All the deaths are very grotesque and blood is what is missing here, referring to the gore style that reminded us of the classic 80's 'Death of the Devil' or in some scenes with the excessive use of blood and that seems to have been a Deleted scene of 'The Illuminated'

Marcos Ribas did a very creative job in his visuals, using camera movements and light plays to construct certain situations in which they were both comical and sometimes frightening. However, some melee scenes were filmed in a very chaotic way.

The driving Bittar was very effective in bringing the good old horror Trash and also being able to bring a macabre atmosphere to the school environment when necessary.

As said in the press booth, the script was signed by Gentili, Bittar and André Catarinacho. The film drinks from the cliché source of horror films, without taking itself seriously at any time, and makes several jokes about it. The performances are not the forte of the long. Gentili acts considerably better than in his last film. Léo Lins and Murilo Couto make versions of themselves, getting a good laugh. A big highlight is (Pasmem!) Mouse, with short but fun participation!

The sequence of final credits is wonderful, creating  a direct allusion to How to Become the Worst Student in the School, Jackson tells Tulio that "you can not please everyone." In this I agree, probably will not be a movie that will please everyone, but it brings to the classics of the , many visual references and certainly, is a plate full of talent, accomplishing something quite different from the usual national cinema and tribute to the genre of terror.

We hope this production will open space for more productions of the genre! If you have not already, watch the trailer below: