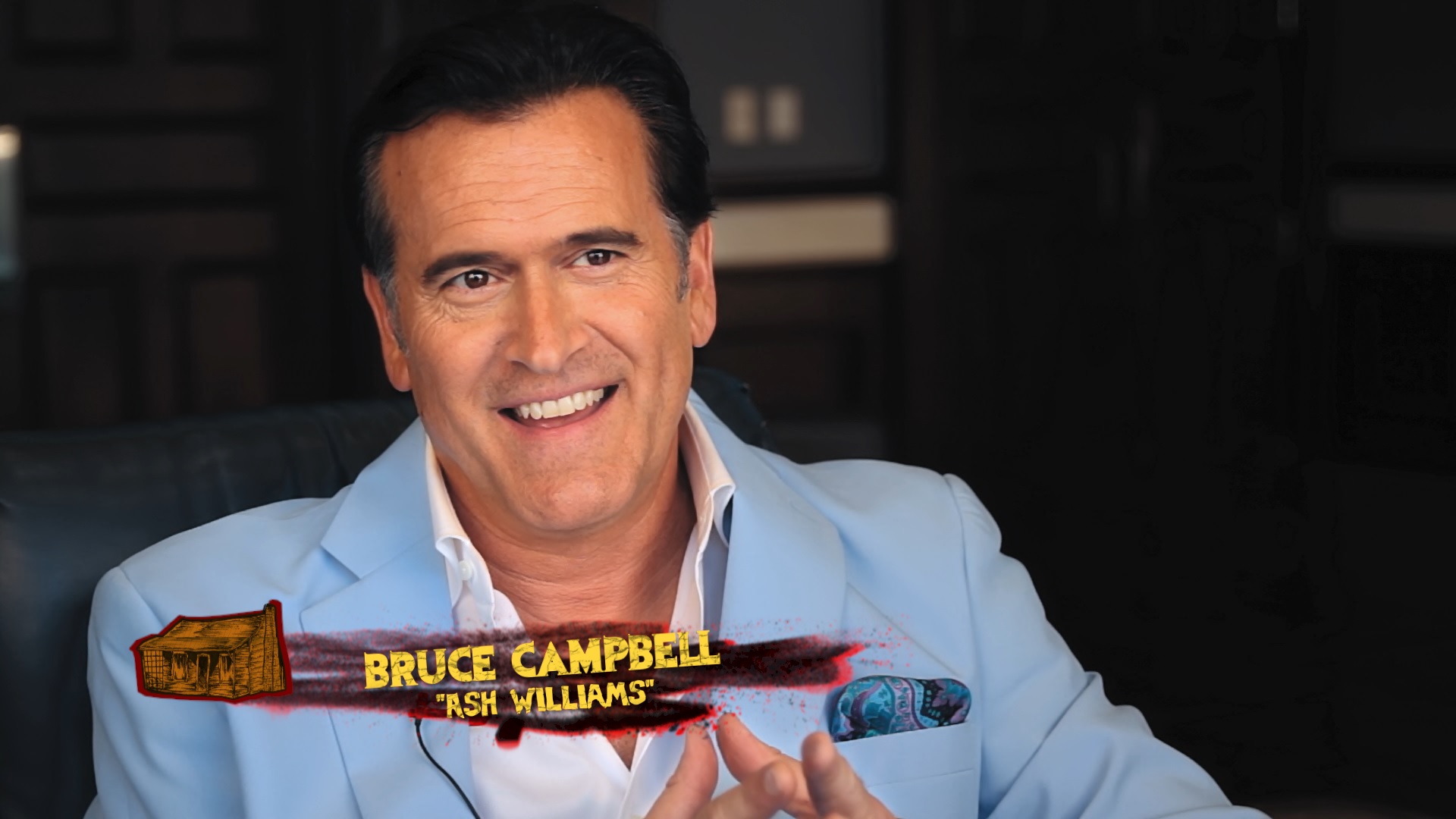 REVIEW: I never would've expected that a documentary about fans of the EVIL DEAD franchise could bring tears to my eyes, but there I was, getting choked up at least twice during director Steve Villeneuve's HAIL TO THE DEADITES. In general, it's not too difficult for a movie to get me to cry, but stirring up this emotional response was still an accomplishment for a documentary that I went into with some interest, since I'm a big fan of the EVIL DEAD franchise myself, but also a healthy amount of skepticism, as I wasn't sure what a 78 minute movie about EVIL DEAD fandom could really amount to. As it turns out, Villeneuve's movie provided a fun viewing experience with some moments that tugged at the heartstrings.If you haven't gotten some degree of entertainment from the world of EVIL DEAD over the years, HAIL TO THE DEADITES isn't likely to mean much to you. This documentary about fans is the very definition of something that was "by fans, for fans" - the "by fans" part being so true that it doesn't even feature any footage that came directly from any of the EVIL DEAD movies or the TV show. The footage that we see between interviews comes from fan films; the closest it gets to showing footage from one of the official films are some clips from EVIL DEAD II that a fan rotoscoped by hand. It is kind of jarring that everyone is talking about the Sam Raimi films but all of the clips we see are from something else, but it's also cool that fan works were showcased in this way.

Villeneuve didn't attempt to give an overview of all the EVIL DEAD merchandise that's out there; there's so much of it, to do that would have taken forever. Instead, he focuses on some of the people who collect that stuff, the superfans. As one interviewee points out, this franchise's fanbase is especially interesting because each film in the initial trilogy is quite distinct. The original film is a down and dirty horror film, part 2 amps up the humour and the spookshow atmosphere, then the third movie is a medieval horror-comedy adventure - and fans come to the franchise through these very different entry point. Over the course of HAIL TO THE DEADITES, we hear from people who became fans through each one of them.

Among the fans that are interviewed is someone who won an online contest to be named the Ultimate EVIL DEAD Fan, a cosplayer who has some very cool props in his collection, another cosplayer who was able to meet Bruce Campbell after someone made a generous donation to a fundraising campaign he was running, fans who took international flights to meet cast members, a couple who got engaged in the presence of EVIL DEAD special effects artist Tom Sullivan, and the cast and crew of a production of Evil Dead: The Musical.While we're seeing the impact these movies have on people's lives, the documentary crew also travels to various conventions to have a chance to talk with some of the actors from the films about the experiences they've had working on the movies and interacting with fans. Those cast members include Betsy Baker, Theresa Tilly, Ellen Sandweiss, Richard Demanincor, Ted Raimi, Danny Hicks, Sarah Berry, Kassie Wesley DePaiva, Richard Domeier, Bill Moseley, and of course Bruce Campbell. There's also an interesting moment with Bruce's brother Don Campbell, who has some props in his possession as well.

I have to admit, my enjoyment of this documentary was given a boost by the fact that it's filled with familiar sights and faces, which includes Arrow in the Head founder John "The Arrow" Fallon, who is one of the genre experts who was interviewed about the franchise. The aforementioned proposal took place at Cinema Wasteland, a "home away from home" convention for me. I didn't see the proposal in person and didn't see Villeneuve doing his filming, but I was there when they were happening, which was fun to realize.

HAIL TO THE DEADITE's 78 minutes go by quickly, and it's captivating throughout. I was amused by some moments with the superfans and touched by other moments. I don't know if fans will learn much from watching the documentary, but if you love the EVIL DEAD franchise it's worth checking out because it is a joyous celebration of the entertainment Sam Raimi, Bruce Campbell, and their collaborators have been bringing to us over the last several decades.The documentary will be available to watch on the Fantasia International Film Festival's online platform from August 20th through September 2nd. All film screenings will be geo-blocked to Canadian audiences and only accessible from within the country.