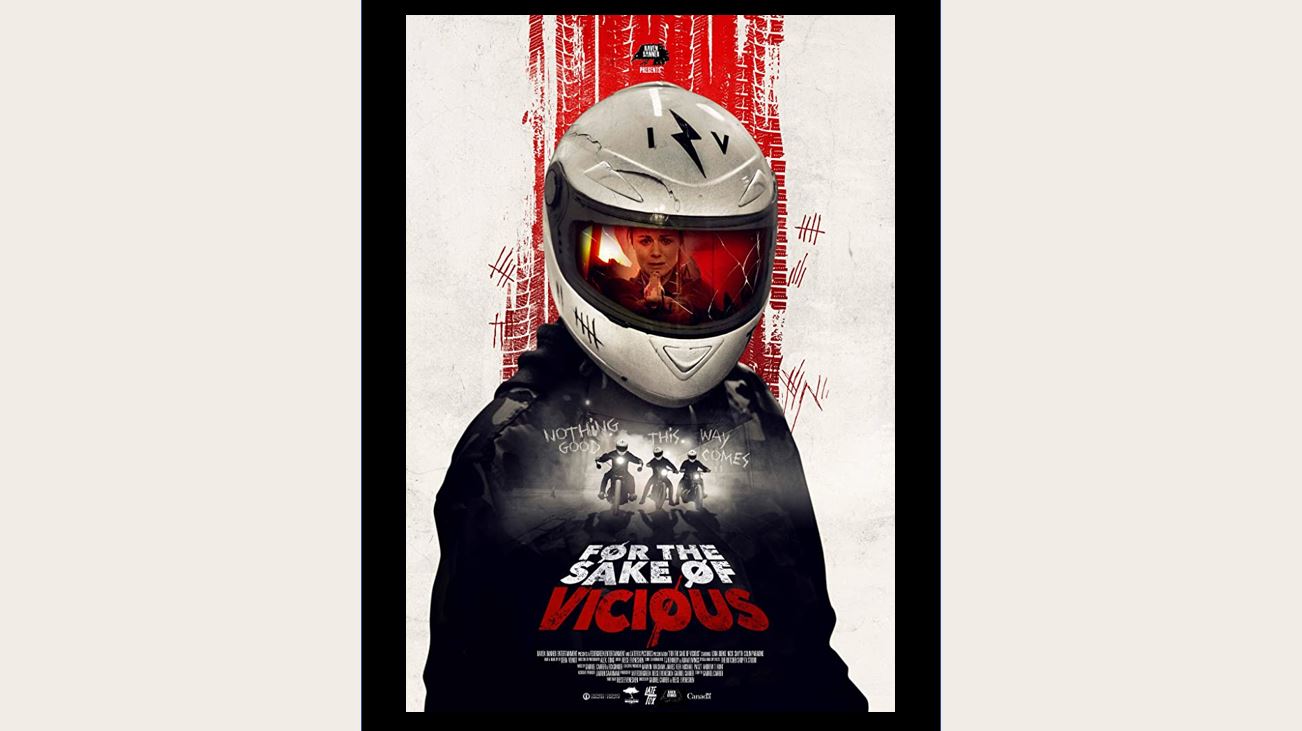 REVIEW: ‘FOR THE SAKE OF VICIOUS’ IS A BRUTAL AND BLOODY ACTION/HORROR DELIGHT

There are so many pieces that together, help make For the Sake of Vicious such a wonderful all-out assault on the senses. Action, horror, home invasion, personal chaos…they all play a part in making this an uncomfortable and claustrophobic film that takes some time to both set up the characters and then assault them and the audience with enough blood and gore to make any horror fan proud.

We meet the mysterious Romina (Lora Burke), who from the opening scenes with the receptionist and the candy dish at the hospital, you know she has lots of attitude to share around. She arrives home to find an unconscious man Alan (Colin Paradine) and Chris (Nick Smyth), who is determined to get Alan to admit to a horrible crime, whatever the cost. What they all don’t know, mostly Chris and Romina, is the violence that is headed their way and soon, the violence erupts in a sea of bullets, blood, and knives.Co-directors Gabriel Carrer and Reese Eveneshen (Carrer wrote the story, Eveneshen the screenplay) give the audience just enough time and plot, mixed with questions and intrigue, to actually care about the characters before unleashing hell on them. With the main set being the house, specifically the kitchen, living room, and upstairs, the two directors create a dread-filled atmosphere that in such small spaces, makes the viewer uncomfortable at every turn. There is really nowhere to go and the enemies fill all the empty spaces, making the only choice to survive to be to fight with whatever is at your disposal.Running at just over 80 minutes, the last 40-50 minutes build quickly into chaos, gore, and blood. The action is quiet at times, fierce other times but more often than not, the characters are left to their own devices and when you are fighting for your lives, you will do whatever it takes. The action and violence feel real, less choreographed, and more basic instincts. The filmmakers don’t let the audience catch their breath often as the fights break out everywhere and often. There is a certain poetry to the chaos and the claustrophobic, yet familiar feel of the inside of the house only adds to the tension.Burke, Paradine, and Smyth all excel here, letting the violence consume them all and leaving the viewer rooting for them to survive, despite the reservations about their individual characters. Carrer and Eveneshen give them some good material to work with and they take it and run, all to the haunting and intense Carpenter-esque score. The moments of no soundtrack or score are just as important, lending a sense of realism to the chaos the audience sees unfolding.As mentioned earlier, while obviously thought out and planned, and kudos to the stunt people for their excellent work, this is an ugly, brutal, and violent film. The violence may hit a nerve with some due to how personal it seems, but For the Sake of Vicious is a movie that doesn’t pander to anyone and is absolutely sure of its identity and what it is all about. Take a deep breath and soak in the first half and hang on and ride out the brutality in the back end. Trust me, it’s worth it.For the Sake of Vicious is executed flawlessly, thanks to the writing/directing team of Eveneshen and Carrer. The film features wonderful stunt work, and three leads who make the audience care about if they will survive the next five minutes, never mind to the end. The brutality may be extreme, but this is action/horror done right.